The #RefsofRio and The 2016 Olympics

The #RefsofRio and The 2016 Olympics

Referees and Umpires Using Social Media to Share their Dreams 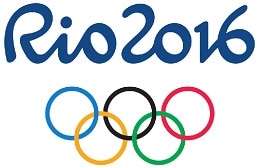 For the 1st time ever, referees and umpires join together and share their Olympic experiences with other sports officials around the world. It was a fascinating look at the greatest sporting event on the planet, from a perspective that has been all but ignored throughout the history of The Olympic Games.

I want to start by saying congratulations to all of the #RefsofRio. What an amazing experience it was to have you all sharing your dreams and stories with us. I am both humbled that you have done this and honoured to have been a part of it. Thank you so much for sharing your stories and photographs. I have collected and saved as many of them as I could and posted them to help inspire future Olympian Officials.

This collection of efforts and heroics of the #RefsofRio is the beginning of what I hope becomes a treasure trove of heroes for the young umpires and referees of the future. The goal when building the Olympics Page was to create a collection where sports officials can dream, learn and find heroes that can inspire and motivate. With the incredible performances put on by the #RefsofRio in a variety of sports, this collection is off to a fantastic start and I am proud to share it with you.

Yesterday I was on the Finn course, epic, big waves and winds. Awesome day! #Rio2016 #RefsofRio pic from @Finn_Class pic.twitter.com/jbZvfHLdhl

The 2016 Olympic Games Medal Count for Officials101 Olympic Officials, also known as The #RefsofRio is phenomenal:

There were also 4 first-time Olympians who performed with excellence and shared the sights and sounds of their dreams coming true while in Rio. With the valuable experience they just gained, they will be looking ahead to Tokyo in 2020. Congratulations to Fanneke Alkemade, Kylie Seymour, Melissa Trivic and Coen van Bunge, all Field Hockey Umpires, for your Olympic experiences. You were all awesome and I thank you for sharing your dreams with us. It was a fascinating journey along the Road To Rio and I look forward to watching your careers blossom as you all prepare for Tokyo.

– Alan Baser attended to all of the Sailing events and no less than 109 post-race meetings. He was a Chief Umpire during the Games and did a fantastic job sharing his experiences with us. Upon returning home, Alan told me that he had a great experience and really enjoyed the Games.

– Jim Cullingham was behind the scenes making things happen for the WaterPolo events and and his WaterPolo schedules were posted daily.

– The PGRA Referees and Steve Rintoul were all in Rio, watching over the historic return of Golf to the Olympics. They did a great job posting photos and news while they were there.

Everyone involved with these three teams of officials would have participated in medal rounds.

Sarah worked this game with Irene Presenqui, Carolina de la Fuente and Carol Metchette. As with most of the Field Hockey umpire teams in the 2016 Games, the performance of this team was stellar.

Congrats to @Wilson88Sarah on her appointment to umpire the woman’s hockey Bronze medal match in Rio!! #Rio2016 pic.twitter.com/0WWXGXBhwd

Steve is a member of the NBA Referees Association and he was awarded an Umpire position in the Bronze Medal game between Spain and Australia. This was a controversial and hard fought game that was an exciting battle right to the end.

Alhambra is one of the top officials in the world. Although I was woefully unprepared for the possibility, I was not even slightly surprised when she was awarded the Gold Medal Game for the first ever Olympics Women’s Rugby Sevens. This is the first ever Gold Medal game by an Officials101 Official, and an unusual and unexpected milestone for the page. It opened the gates for the amazing days to follow.

Guro and Kjersti are an amazing team, beyond the ordinary. They have their own hashtag – #ArntsenRoen. Two of the most exceptional referees in the world, in any sport, their selections to the Golden Game were well earned, and deserved. Their performances were flawless and the game was an exciting match that earned the sport a lot of new international fans. You can expect to see a lot more of this team in the future.

Deon Nel was the video umpire in the officiating team led by John Wright that included Christian Blasch and Adam Kearns. Although Belgium was able to score first in this game, Argentina scored an empty net goal in the final minute to take the gold.

This was probably one of the most exciting team matches in the 2016 Olympics. The officiating team of Michelle Joubert, Laurine Delforge, Soledad Iparraguirre and Lisa Roach was spectacular and won new fans for the sport all over the world. Michelle is one of the top sports officials in the world today, and her leadership of this group of elites showed us why. An incredible performance by all.

The 2016 Olympics in Rio de Janeiro is the first Olympic Games for Officials101. It was a totally unique experience to watch the Games from the angle of the officials and the medal games were actually an unimagined surprise. When I saw that Alhambra Nievas had been awarded the Golden Game for the women’s rugby, I quickly realized that she was the first, but certainly not the last, medallist amongst the #RefsofRio.

Not all of the officials using the #RefsofRio hashtag were followers of Officials101. I was thrilled to see others pick it up and contribute. I have a suspicion there were more than a few followers who were also at the Games and I just missed them. For you, I mean no disrespect to any of you and extend my congratulations to all officials who were selected to be in Rio. It is a career achievement that I know you are all very proud of.

There was one Twitter post that I saw early in the Olympics where somebody was making a post about the Refugee Team. I thought that if we were going to share this hashtag with anyone, it would sure be an honour to share it with them, but I never did see it get used like that again.

With the experience gained by Officials101 during these Games, we will try to use what we have learned and be even better for the Winter Olympics in 2018. Let our Olympics Resources and Newsfeed be the place to get all your Olympic Officials news, names, and dreamworks!

If you enjoyed this article, you may also enjoy these 101 Collections: