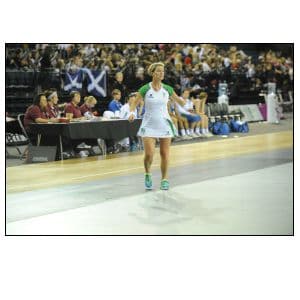 The Netball Umpire Collection contains hundreds of links to contacts, news and resources. When I get asked questions about the variety of sports we follow here at Officials101, I tell them that Netball is the sport that has the most fun. The umpires and players are enthusiastic and have great spirit and it is a real pleasure when their posts show up in the Officials101 search feeds.

The game of Netball was created in the 1890’s from the early versions of basketball. In the 1950’s, efforts were begun to standardize the rules and the International Netball Federation was eventually formed in 1960. There are now 5 regions and over 70 countries in the federation. The World Cup is played once every four years. In 2015, Australia won the championship tournament for the 11th time in Sydney. The 2019 World Cup tournament was played in Liverpool, England. Kate Stephenson and Gary Burgess were the umpires in the Gold Medal game. New Zealand beat out the reigning champs, Australia, to hold the title for the next 4 years. Use this page to follow the umpires and the associations, and get familiar with the stars who are planning to be at the next World Cup.

The ‘Follow’ button below refers to Blog Posts only,  but not the posts within the collections.