Referees and Umpires Who Dance 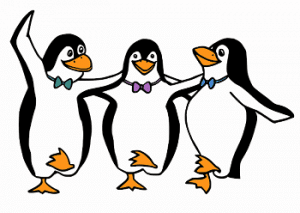 This Collection of Referees and Umpires who Dance is a ton of fun. According to the Twitter Trendometer thing, today is #InternationalDanceDay. Who knew? Well, apparently lots of people, or I guess it wouldn’t be trending, but I didn’t know.
I checked out the hashtag (looking for Referees and Umpires Dancing the Day Away), and it became clear that something had to be done. I couldn’t find a single one. Flipping back through the Officials101 Music Collection, I pulled together some Dancing Referees and Dancing Umpire posts and created this Collection. There are dancers in Cricket, Football, Tai Chi and more. The Rugby Dancers are a hoot. Now it feels like an International Dance Day. Enjoy!

Learning a rugby referee’s signals… and a new dance move

What happens when you put some of the top boxing referees on stage and give them microphones…. pic.twitter.com/08w5CagB19

Our referees rocking out to the #RunningManChallenge ref style after a long week of training! #WorkHardPlayHard pic.twitter.com/JDD3fba2RN

If you’re sexy and you know it you can move in ways that only water can flowhttps://t.co/4cwY90Hj1k #rugby #referee pic.twitter.com/CwYhaahsEK

Nobody can stop the Dancing Ref! pic.twitter.com/xHr5VVcIM8

The ‘Follow’ button below refers to Blog Posts only, and not the posts within the collections.